London Man Van reputation has been built on customers recommendations. See reviews from our customers we provided Man and Van, Removals services. 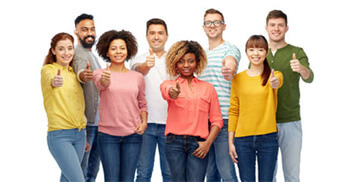 CHECK WHAT OUR CUSTOMERS SAYS ABOUT OUR SERVICE

Really impressed by this company and the staff. The removal company I was going to use (Enterprise) said there had been a computer error and called me the morning of the move from Sheffield to London. I called around and nobody said the could do it on short notice but this company said the could be there within a few hours. The driver Bartosz was great from the start, really friendly and helpful. Great conversation during the 3 hour drive down, really good laugh! When we got to London he helped unload and bring everything up to the flat and we said goodbye. Ten minutes later Bartosz came back and handed me my passport, IPad and wallet that I had left in his van after I’d forgotten to collect after unpacking. All in all, a great experience and I would definitely recommend this company and want to add that Bartosz is a great asset to them.

Michael & Kornel great guys, thanks so much!

Michael and Kormel were great, thanks!

Fantastic job and vastly exceeded expectations on the move in London

Mario and Dariush were amazing and fitted far more in the van than I thought humanly possible. Did a fantastic job and vastly exceeded expectations

Michal and Kornel did a great job assembling my furniture. They were efficient and friendly. I would definitely recommend them.

Michael & Konrel were great, on time, incredibly capable and friendly. I would highly recommend them and your service.

Very good service
The drive was really helpful and professional
Good talking too.

Jack and Dominico were very careful. They were also very smart in layout the furniture.

Great man with a van service from Chiswick to Beaconsfield

Great service from Michael and Kornel

Great and very helpful service from Tulse Hill to Southwark

Michael and Kornel are very efficient and professional. Really made our move very easy. Thank you so much.

Very satisfied with your service, very kind and professional driver, would recommend your company to other people

Michael and Konrel have been excellent - quick, considerate and hard working. Great!

Very professional and friendly. Will definitely use next time!

Friendly and high quality of service!

Michal and Kornel were excellent

Excellent service from Bartek!
Very friendly and efficient.
Will definitely use again for the next move.
Thank you

Your Removal Team were very professional, polite and friendly

Brilliant man with a van service in East London

I have moved in London with Robert and Darek. They were extremely helpful and fast. Great experience. Moving went so smoothly. Thanks again!

Michael and konrel were wonderful and very quick!

The driver Bart was very friendly, helpful and efficient.
Will definitely use this service again!

Robert and Darek were fantastic. They arrived early and waited until I was ready. They were efficient and very helpful with my requests to place things here and there. Would recommend!

recommendation on man and van from Beckenham BR3 to Croydon CR0

Moving is always stressful.I had bad experience in the past when the delivery driver didn't turn up.And my other worry was that my stuff wouldn't fit in the van.But I booked a Luton van so that worry was sorted and the guys turned up.The moving was smooth.CJ and his colleague were really helpful,they made it much easier for me.They are reliable, professional and very helpful.Highly recommended.

What an amazing man van service from Addlestone to Sandbach

What an amazing service!!. I moved from Surrey to Sandbach (180miles) and I couldn’t have asked for a more friendly, efficient, dedicated team of guys, they are a credit to LMV!. Everything from start to finish was impeccable, moving can be stressful but with these guys it was a breeze. I can’t recommend them enough, simply excellent.

review on professional man and a van within Greenwich SE10

Micheal and kornel did very good job. I’m very appreciated in their works.

GET A QUOTE
FAQ